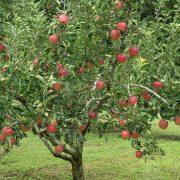 The willow genus (Salix spp.) is composed of a wide variety of deciduous trees and shrubs commonly grown in the garden of your home as ornamental plants. The weeping willow (Salix Babylonia) is a particularly common species of willow that features a weeping, cascading branch. Numerous weeping willow cultivars and hybrids are available at nurseries.

The weeping willow can grow up to 50 feet in height, with a similar extension. The tree has a short trunk with dark gray, deeply crusted bark. The tree crown features fallen branches and yellow-green stems covered with olive-green spear-shaped leaves, which turn yellow before falling in autumn. The flowers appear in April or May and are followed by brown fruits, with a capsule shape.

A variety of weeping willow cultivars are available, showing unique foliage habits and growth. The cultivars include the known Tristin; Crispi, a willow that produces braided, corkscrew like foliage; Area, a cultivated variety that offers bright golden yellow stems; and Babylon, a robust variety with a particularly large crown. Gold Curls is an unusual cultivar that offers golden yellow bark and leaves and corkscrew branches.

Weeping willows are adaptable to a wide range of habitats, surviving in most types of soil as long as they have a lot of moisture. Weeping willow develops best in a bright, sunny place. When grown in the shade, the plant produces poor, long-legged growth. Exact resistance varies depending on the cultivar, although, in general, weeping willows are suitable for areas of USDA resistance 4 to 9. The tree can be grown in zone 10 if it is given a lot of water.

How Much Does a Paver Patio Cost?