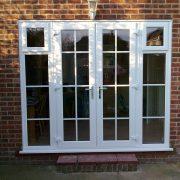 Windows give character and light to your home, but can also be your greatest safety risk. Burglars and intruders look through your windows to determine if you’ll be their next target, and often use those windows as a point of entry to your home. Making your windows burglar-proof can be achieved either by ensuring the current windows or replacing your existing windows with an updated product.

How To Build a DIY Wooden Fence
Scroll to top